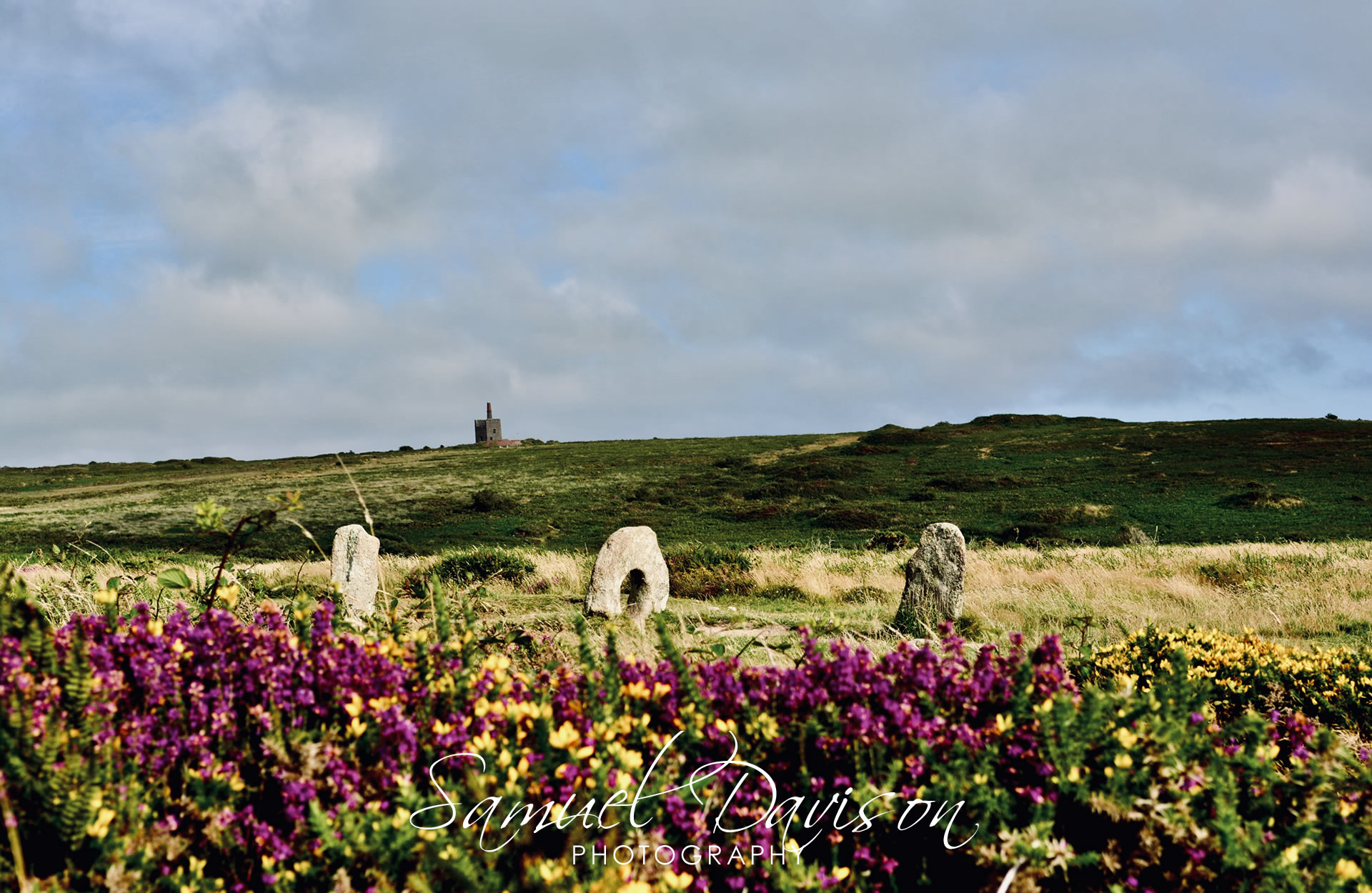 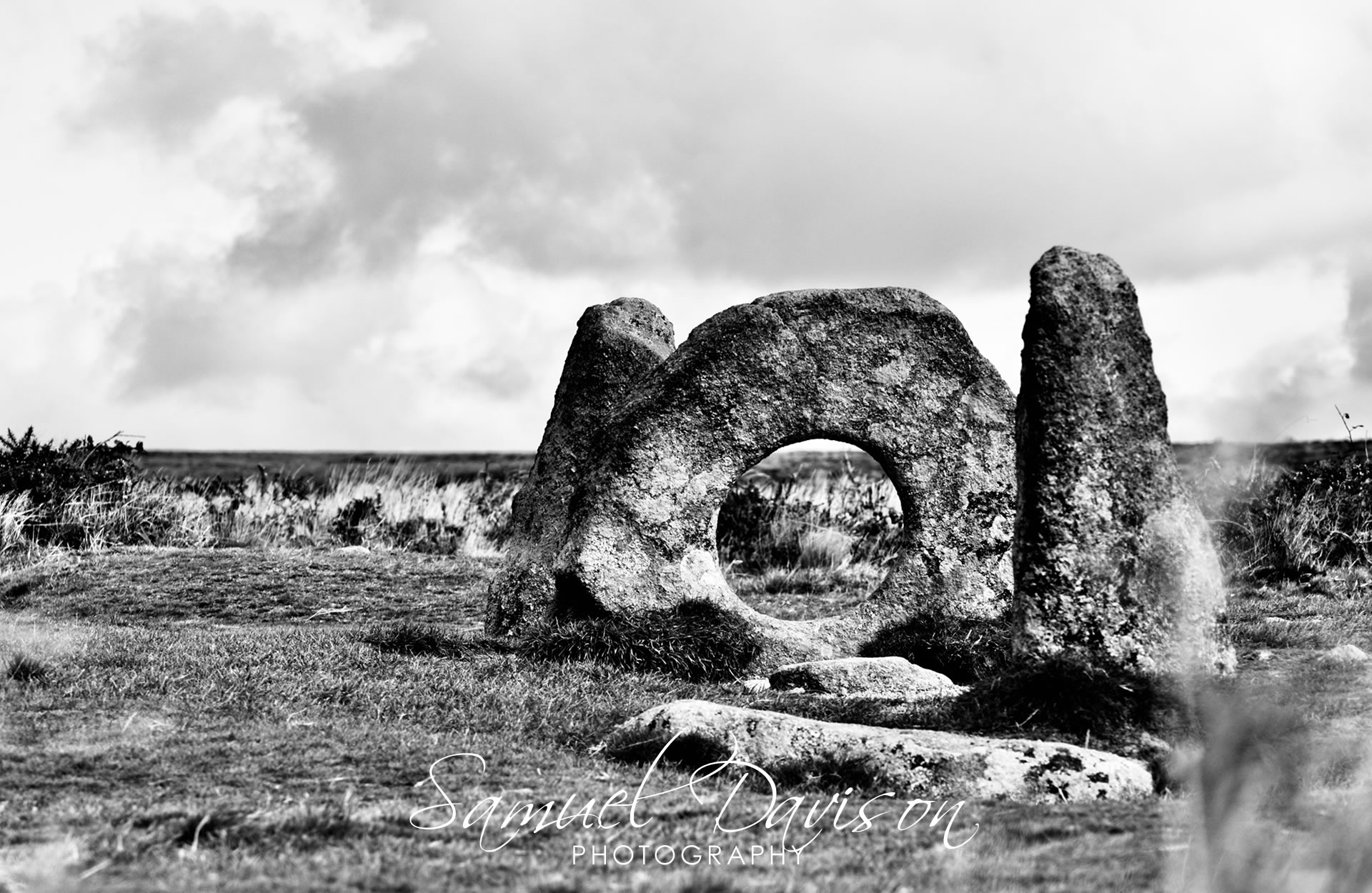 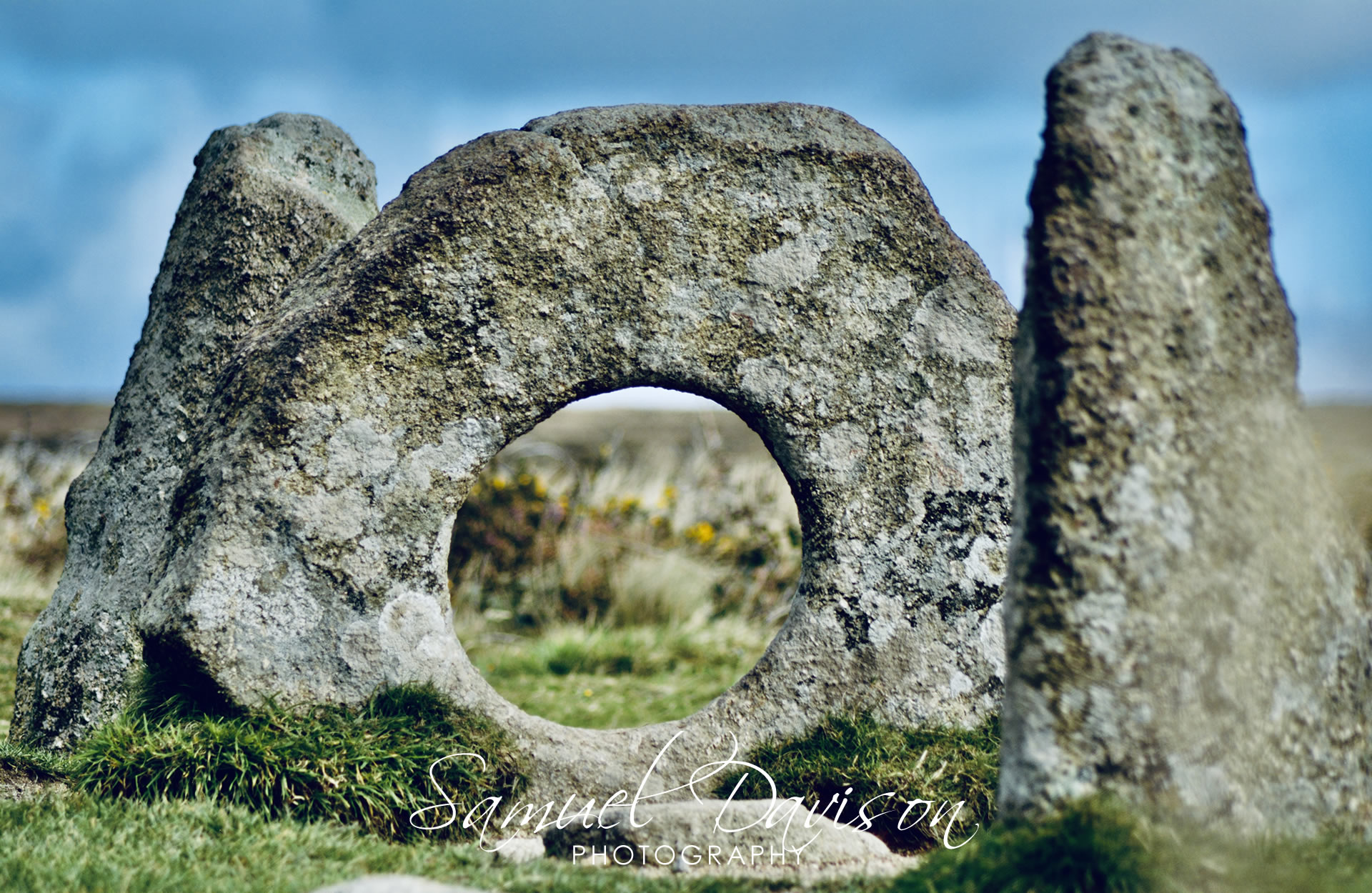 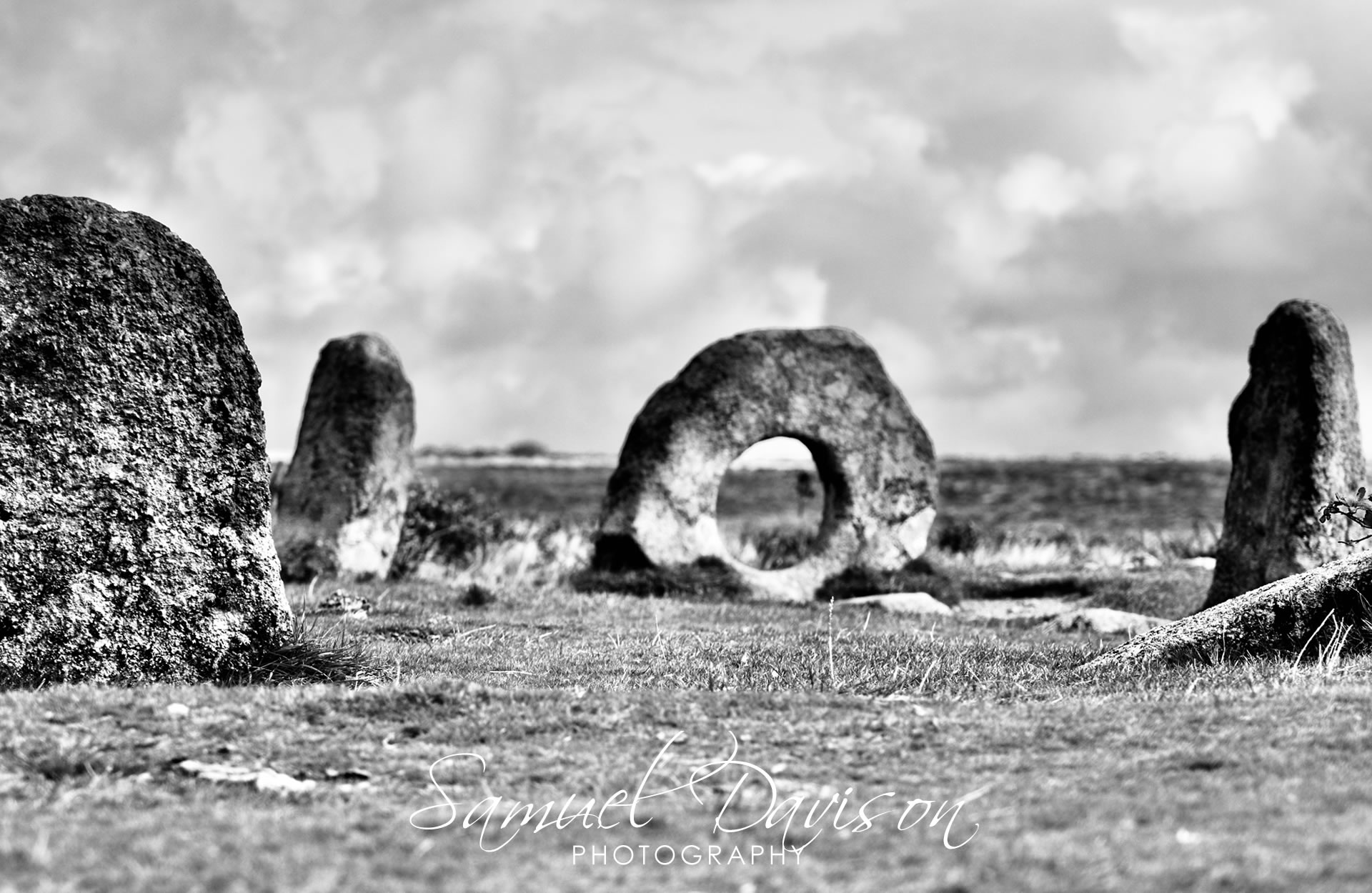 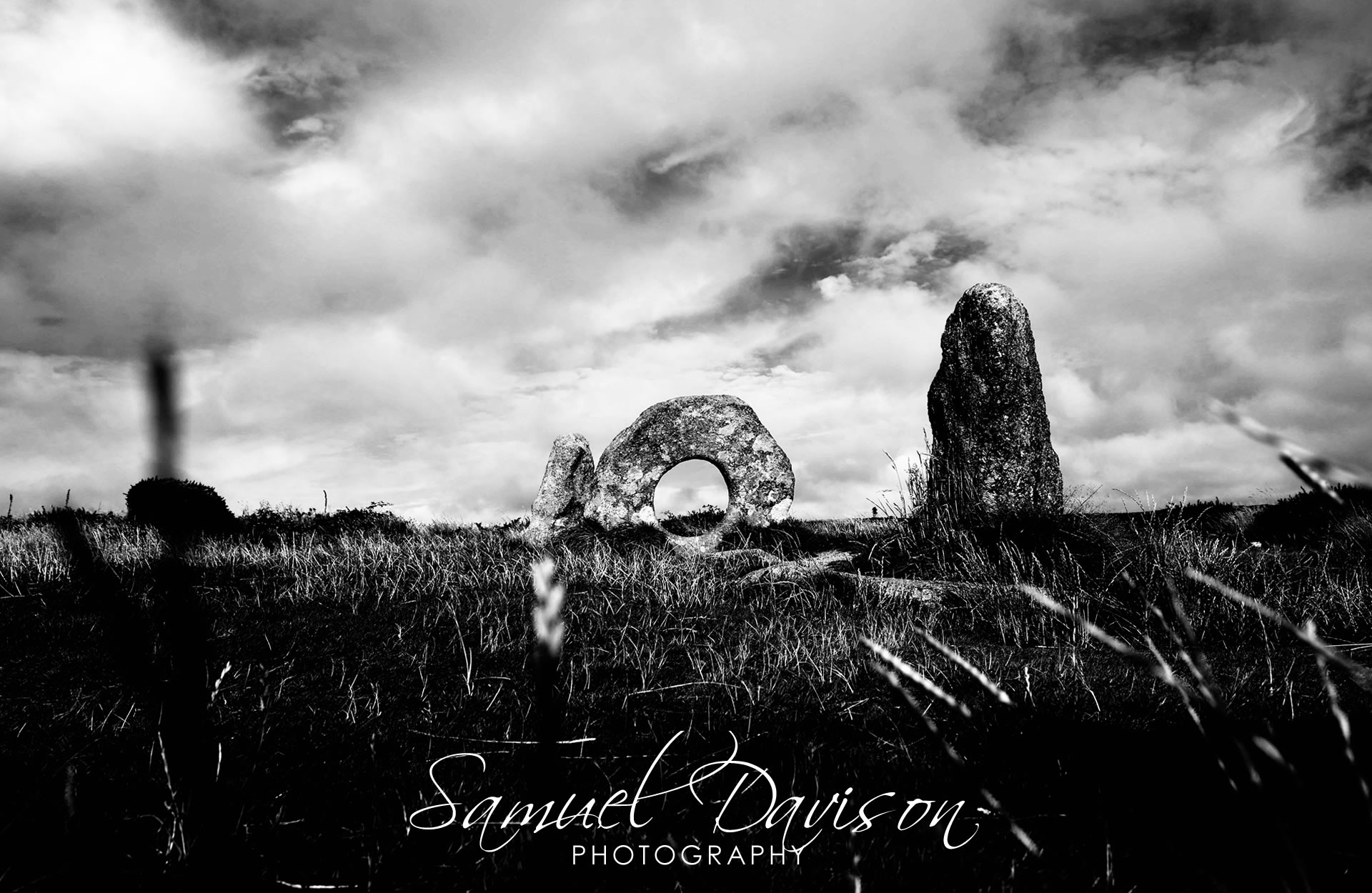 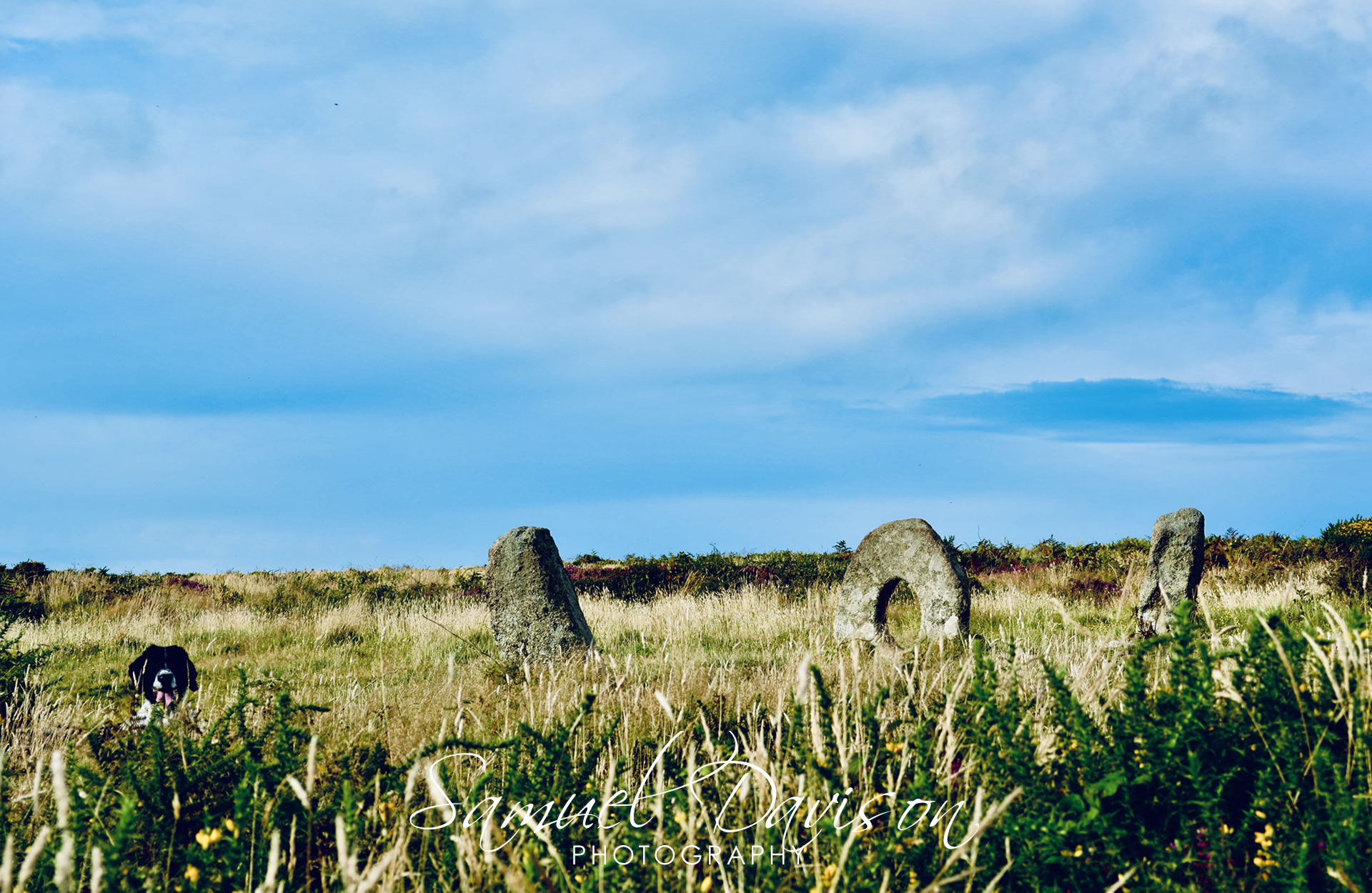 Men An Tol is situated around 2 miles from the village of Morvah, to the side of a track within a tranquil area of gorse rich moorland. The site now comprises 3 uprights, 1 recumbent, and obviously the infamous holed stone. This unusual stone complex is probably the most famous of all Cornish sacred sites, and also one of the most well known and visited ancient structures in Britain.

There is a great deal of speculation as to what this site would have looked like originally. A popular thought is that the pillar stones that remain were part of a stone circle which comprised around 20 stones.

Another theory is that it was once a chambered tomb, with the holed stone acting as the entrance. Other large stones have been found close by, which all adds to the speculation and mystery of this wonderful site.

Possibly more than any other ancient site within Cornwall, Men An Tol has plenty of ritual practice associated with it; in particular with its magical hole stone and its power to heal illnesses. Adults suffering with spinal problems were said to have been cured by passing through the stone nine times, children were pulled through and dragged around it in specific directions to cure them of rickets and tuberculosis, and women could boost their fertility chances by passing through the stone; particularly on a full moon.

An interesting visual feature of the site is that when viewed at certain angles, the three main stones create a three-dimensional '101'