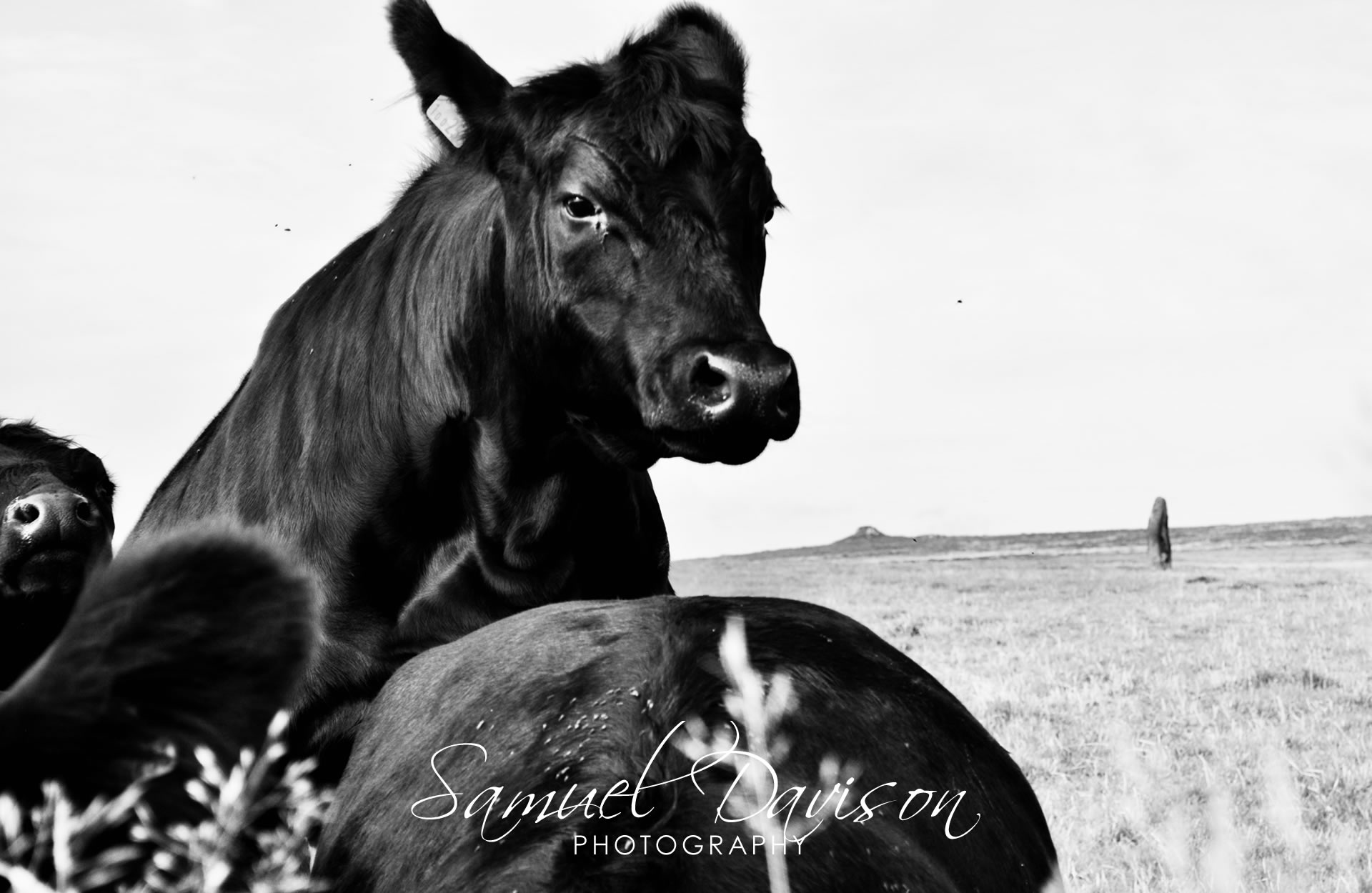 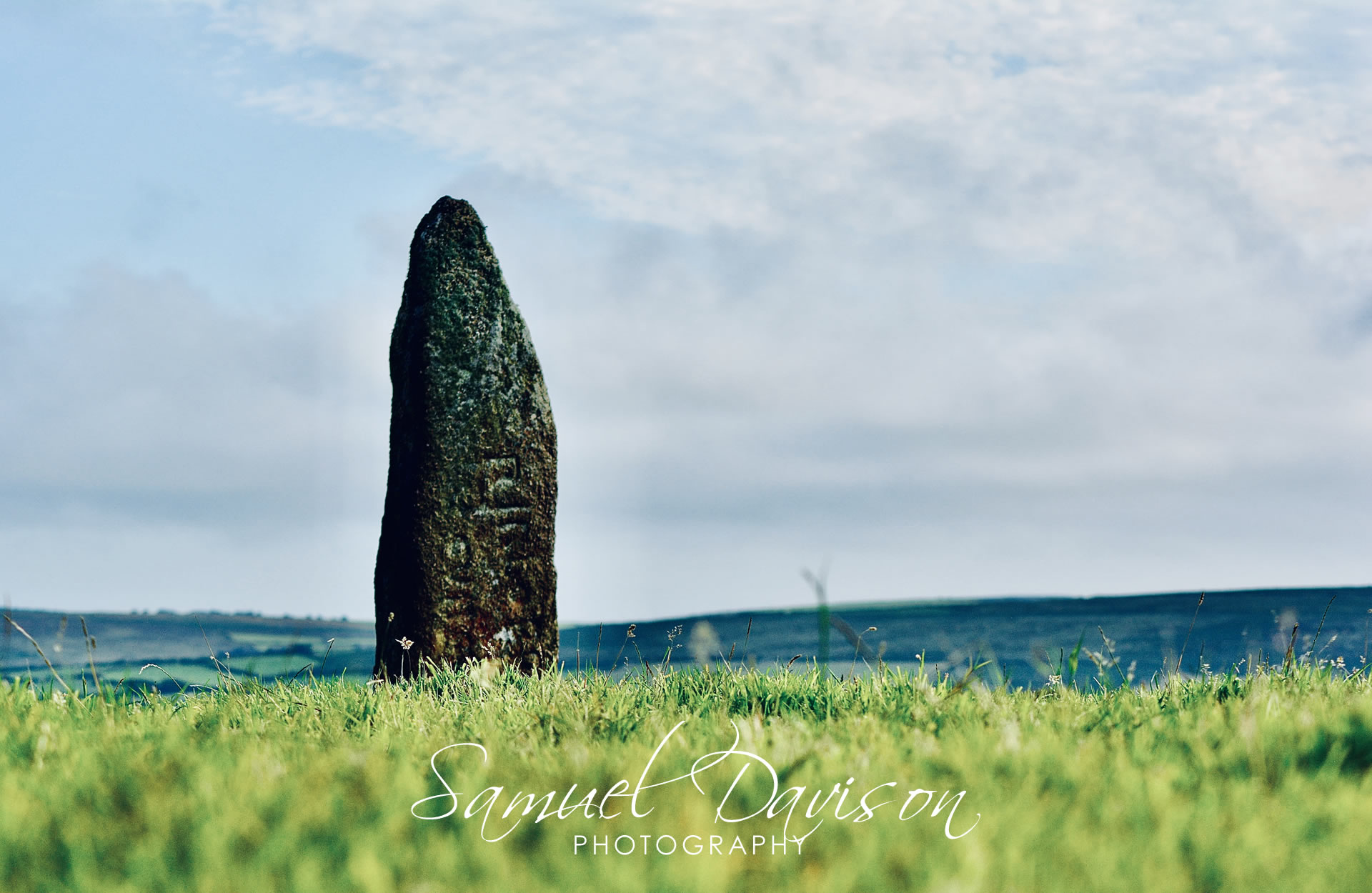 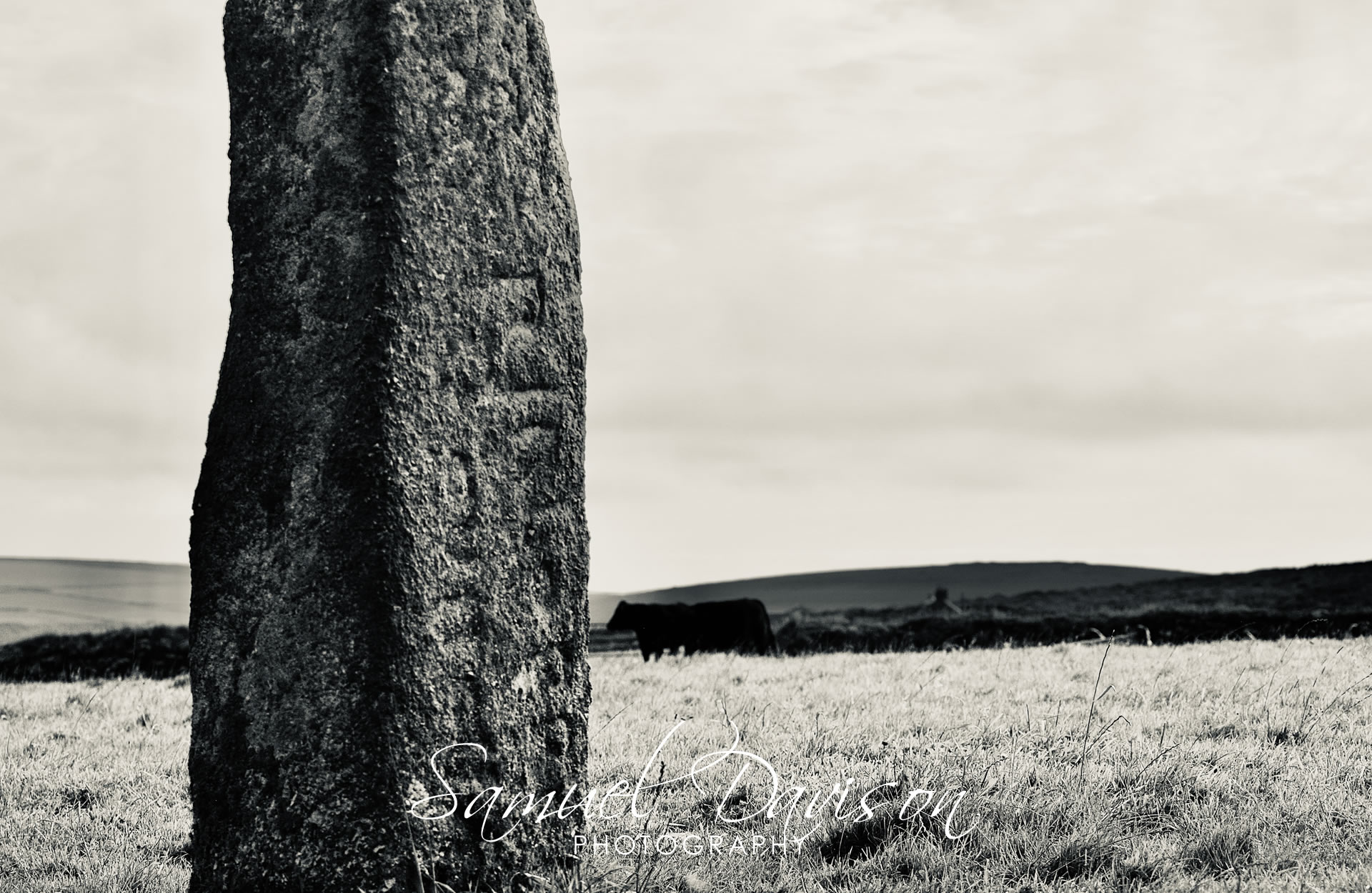 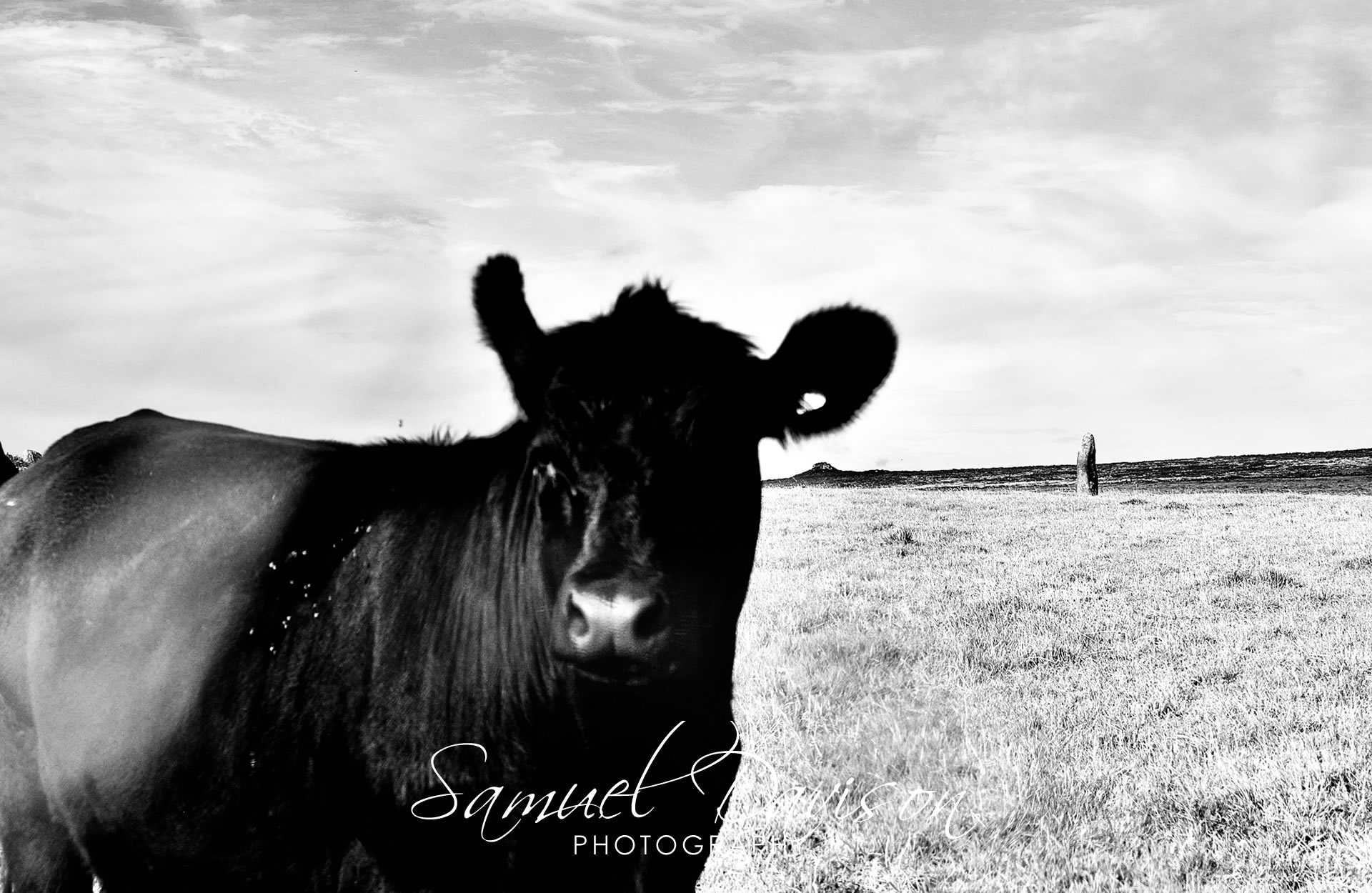 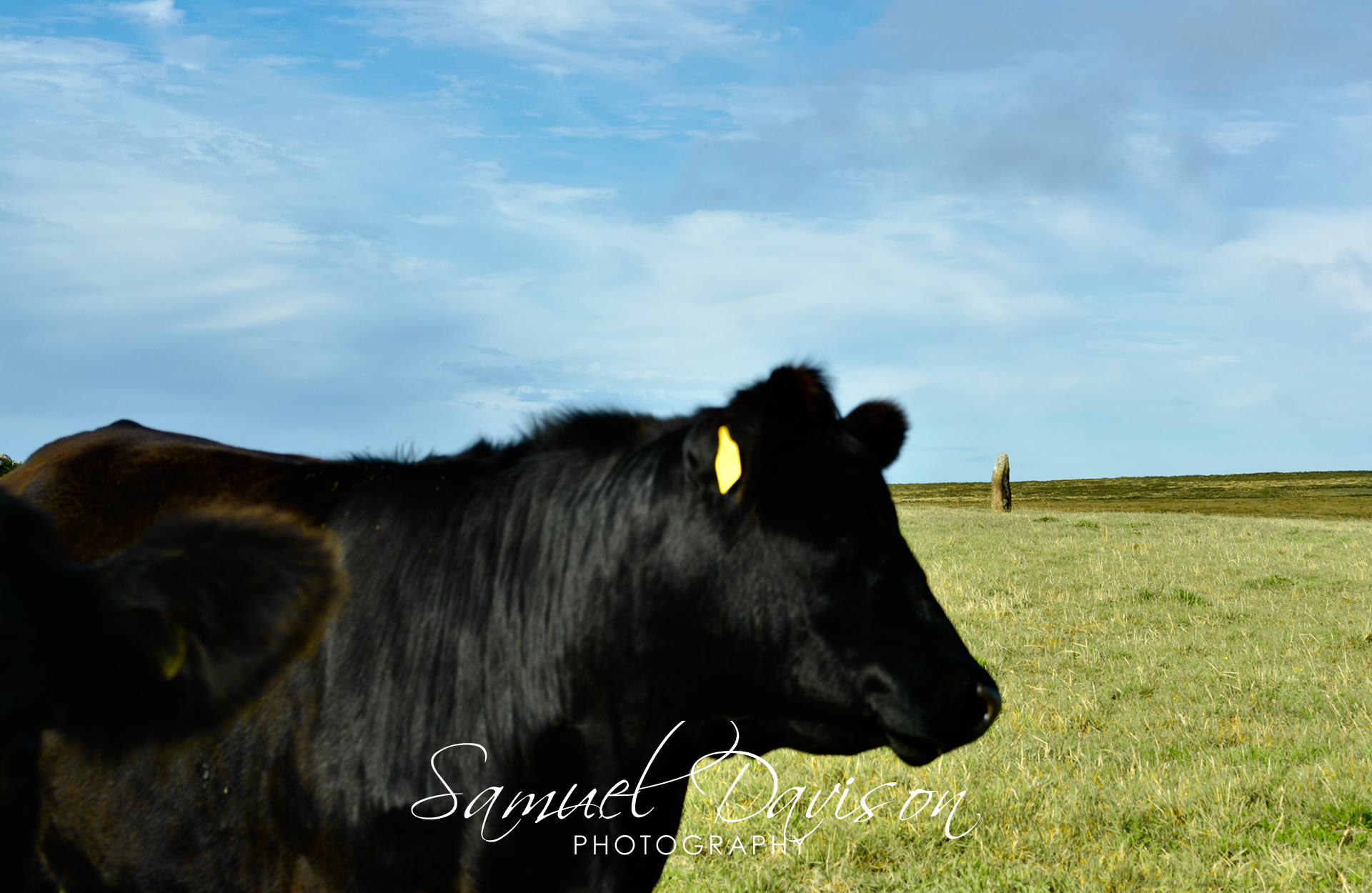 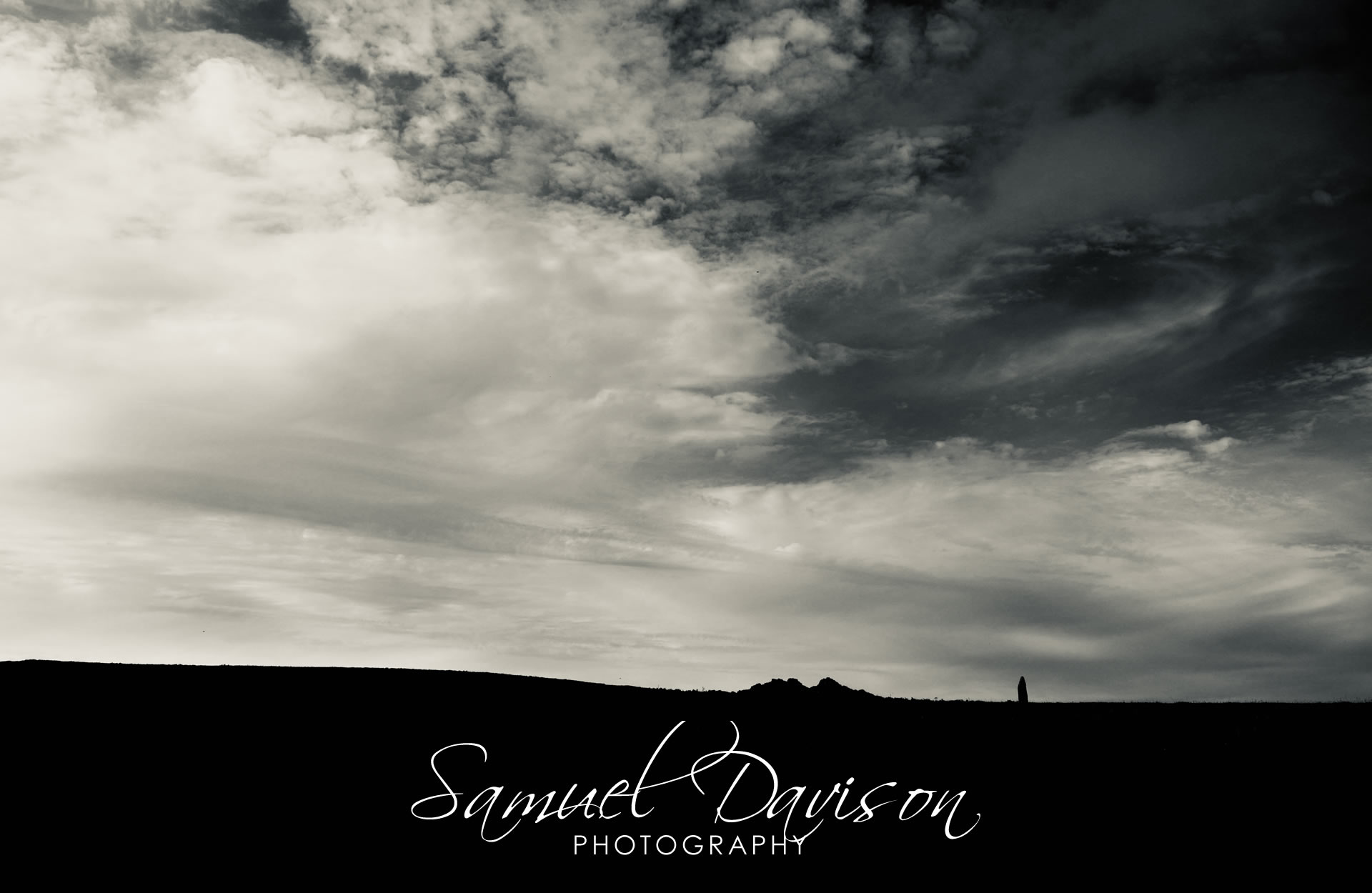 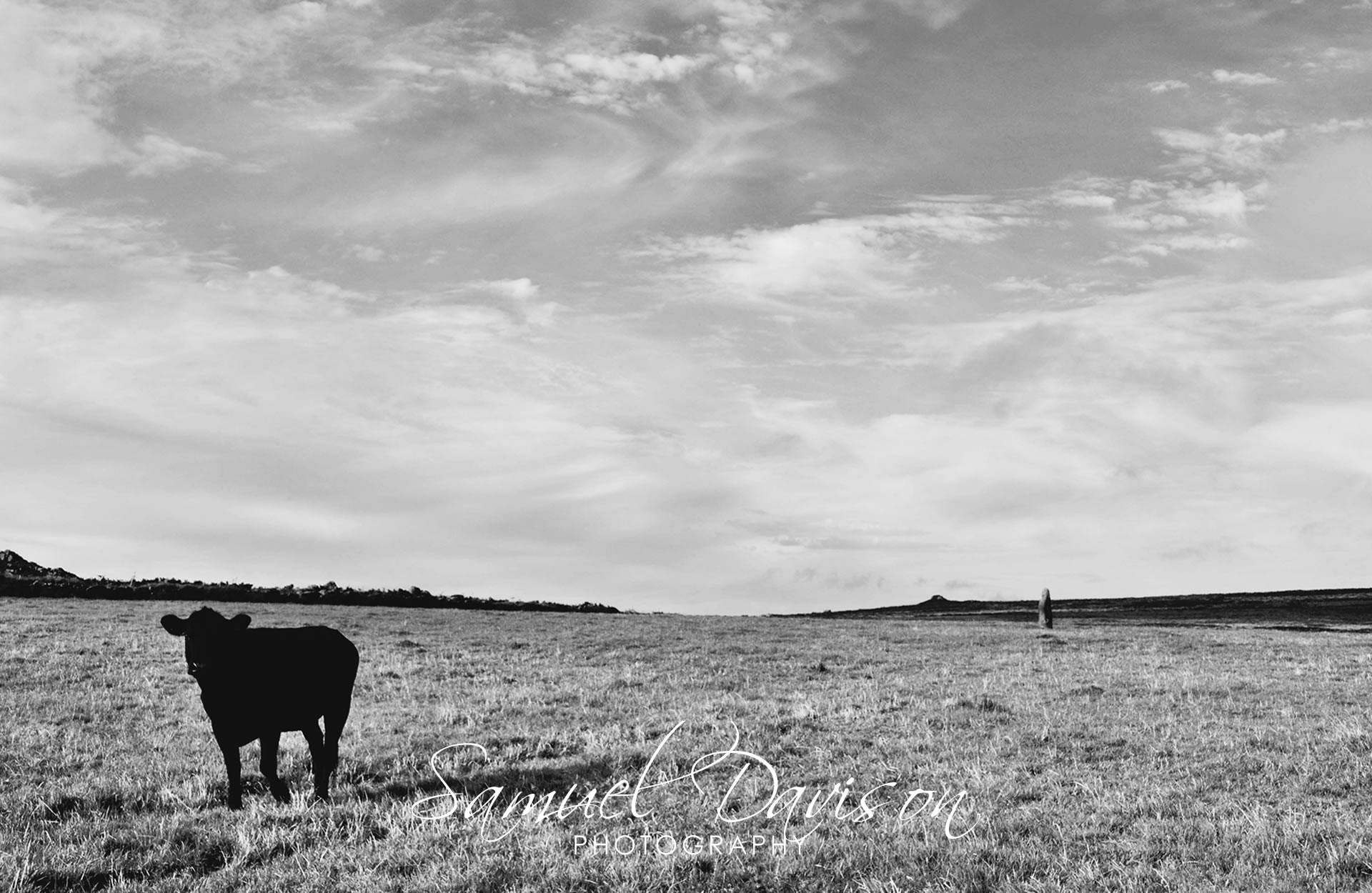 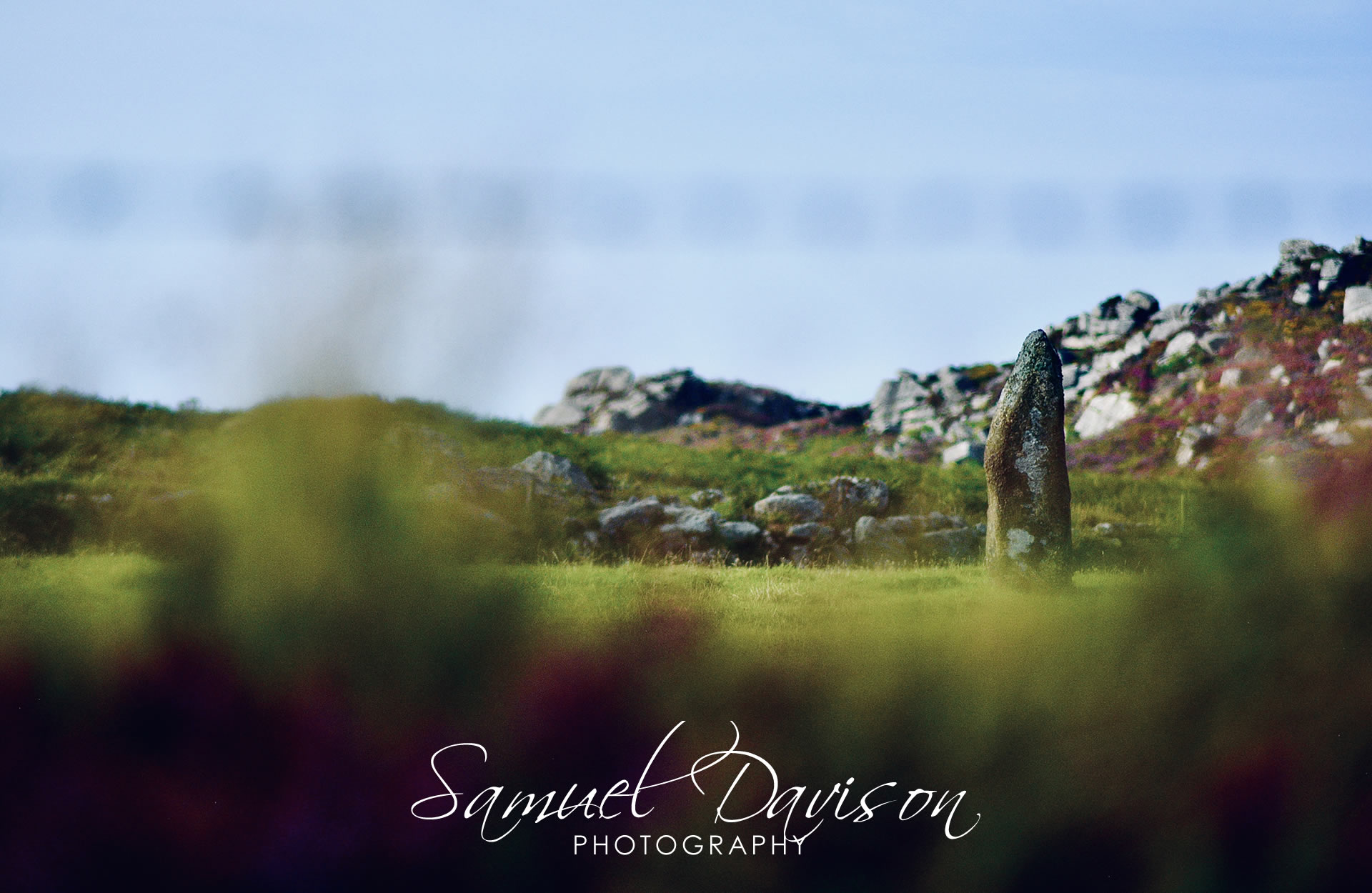 This much studied menhir is located in a field between Men-An-Tol and Boskednan Stone Circle. The name of the stone means 'stone of writing' or 'inscribed stone' - the inscription reads: 'RIALOBRAN - CUNOVAL - FILI' - which translates in Celtic-British as either:

In 1825, it was re-erected but then in 1849 was taken down by the landowner who was seeking treasure beneath it. In around 1862, the menhir was re-erected once more.

Measurements taken whilst the stone was recumbent suggest 1.09m of it is now buried underground; which is why part of the inscription (FILI) is now below ground.