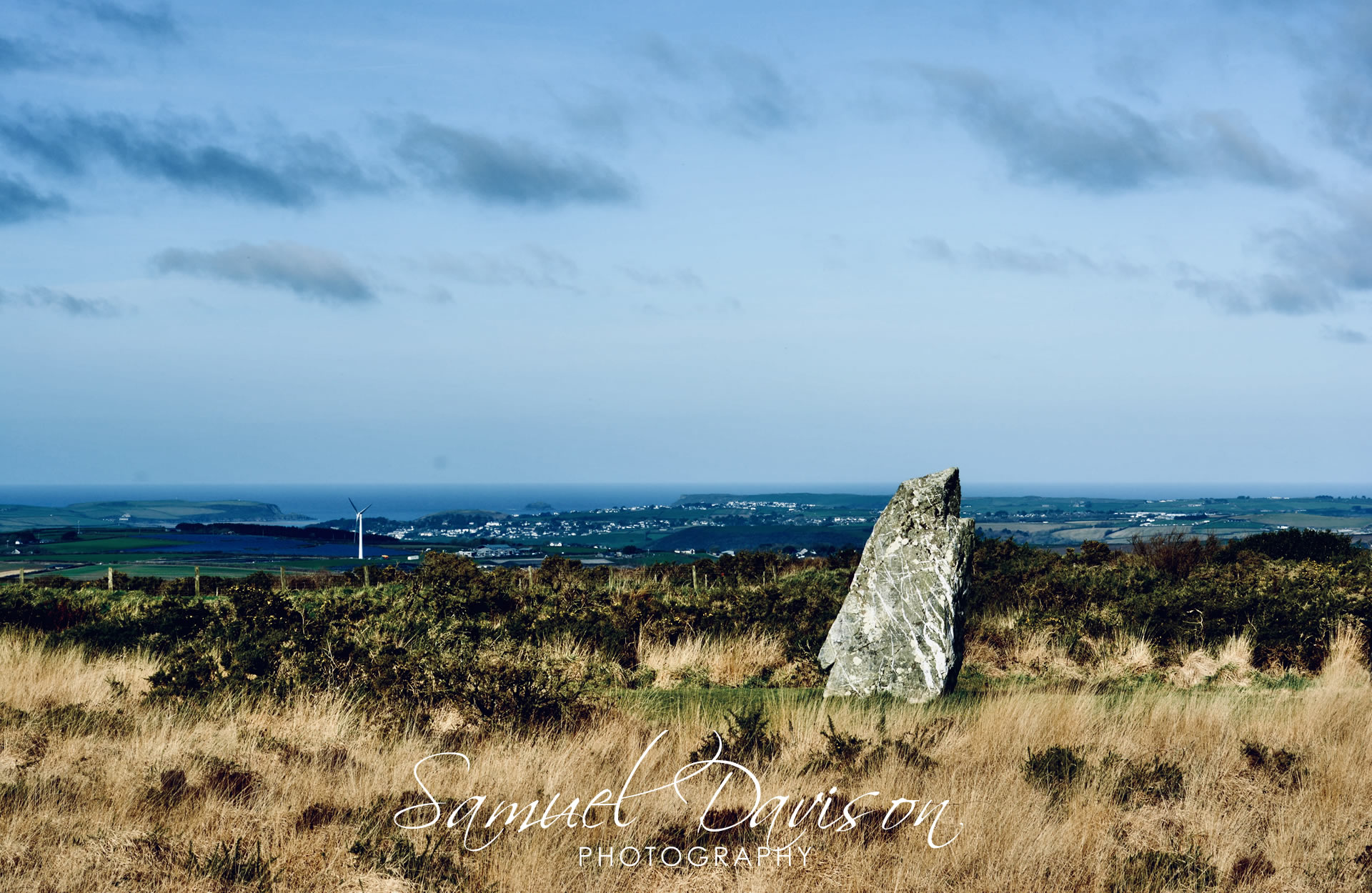 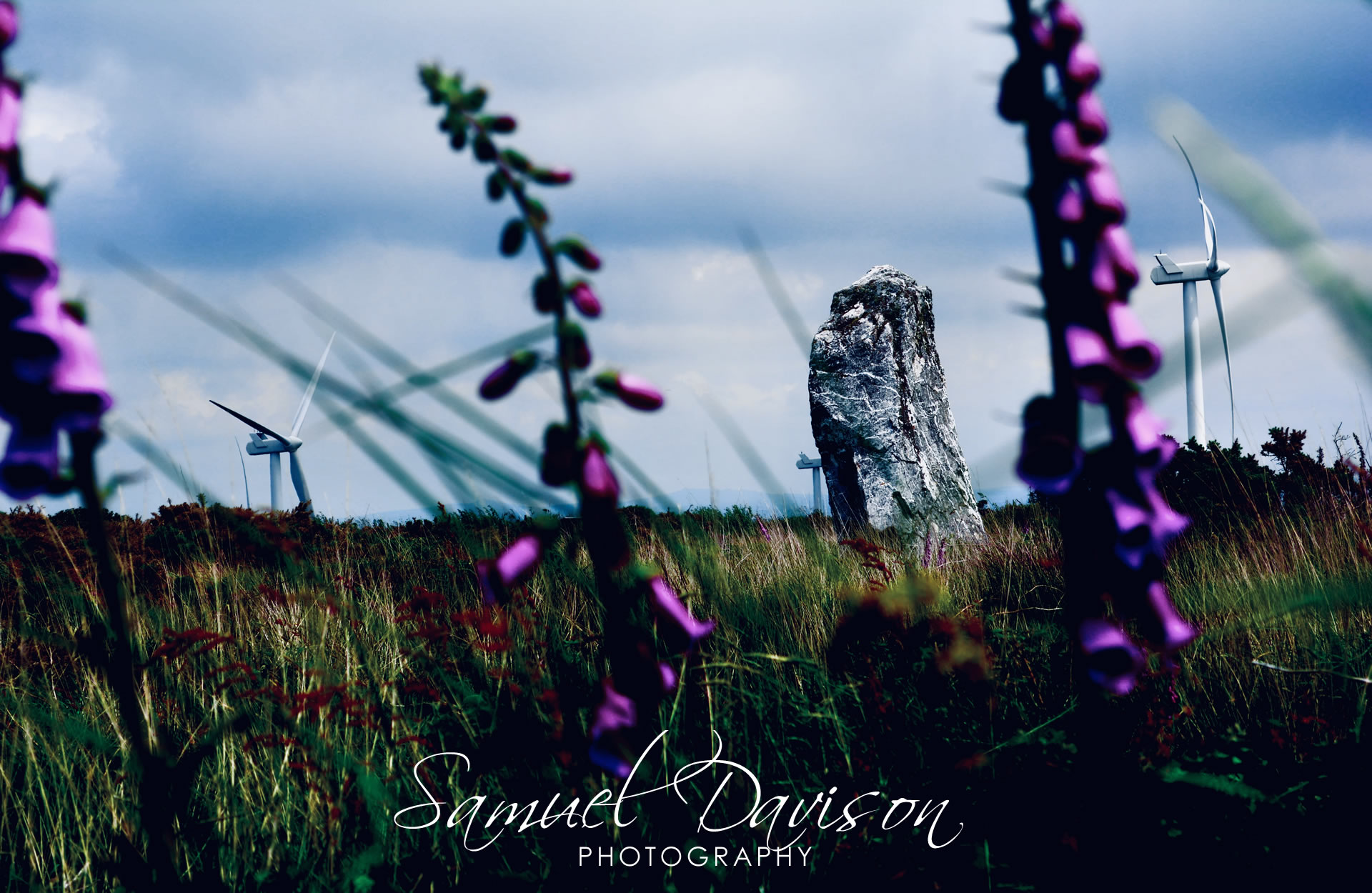 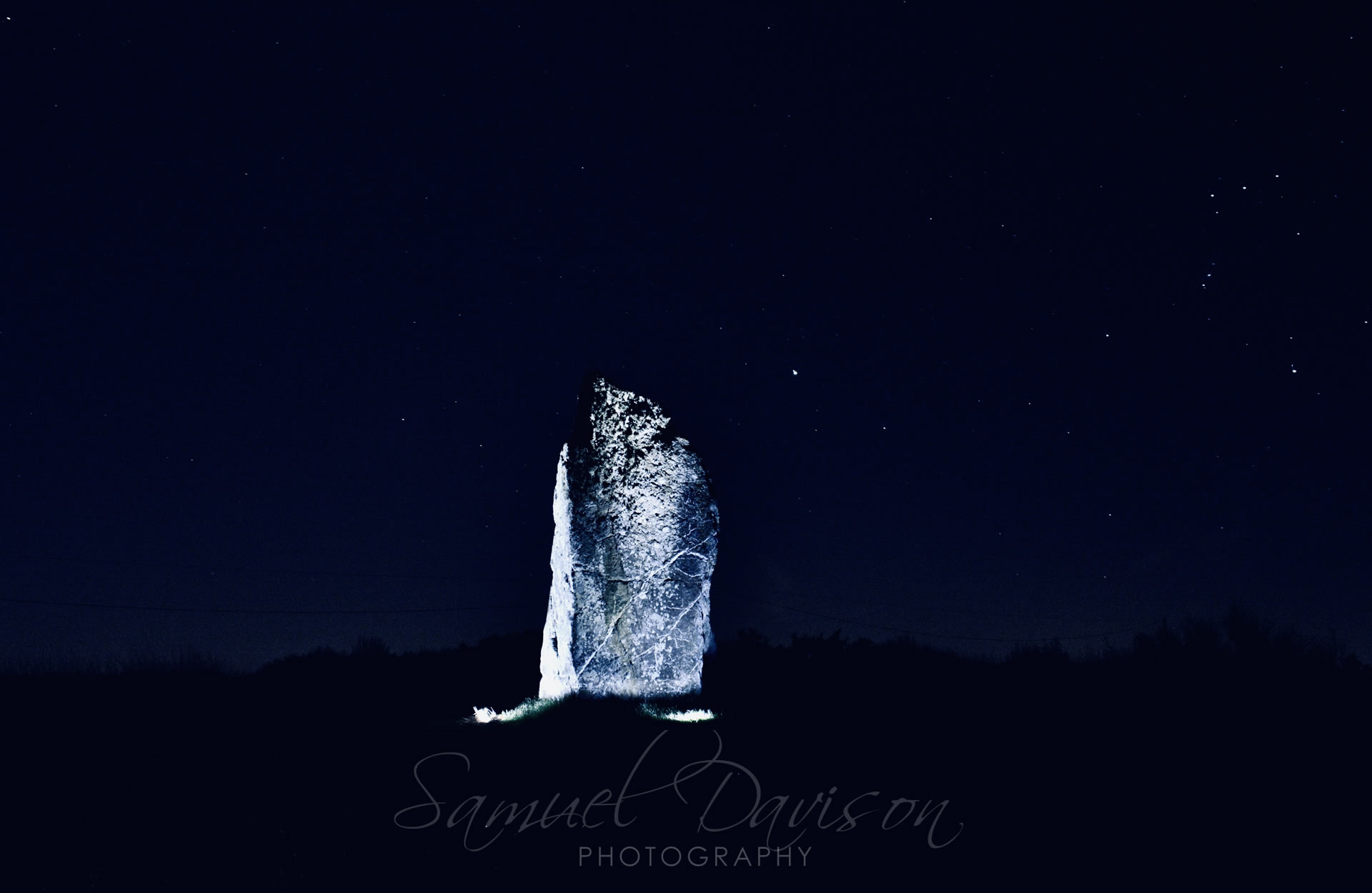 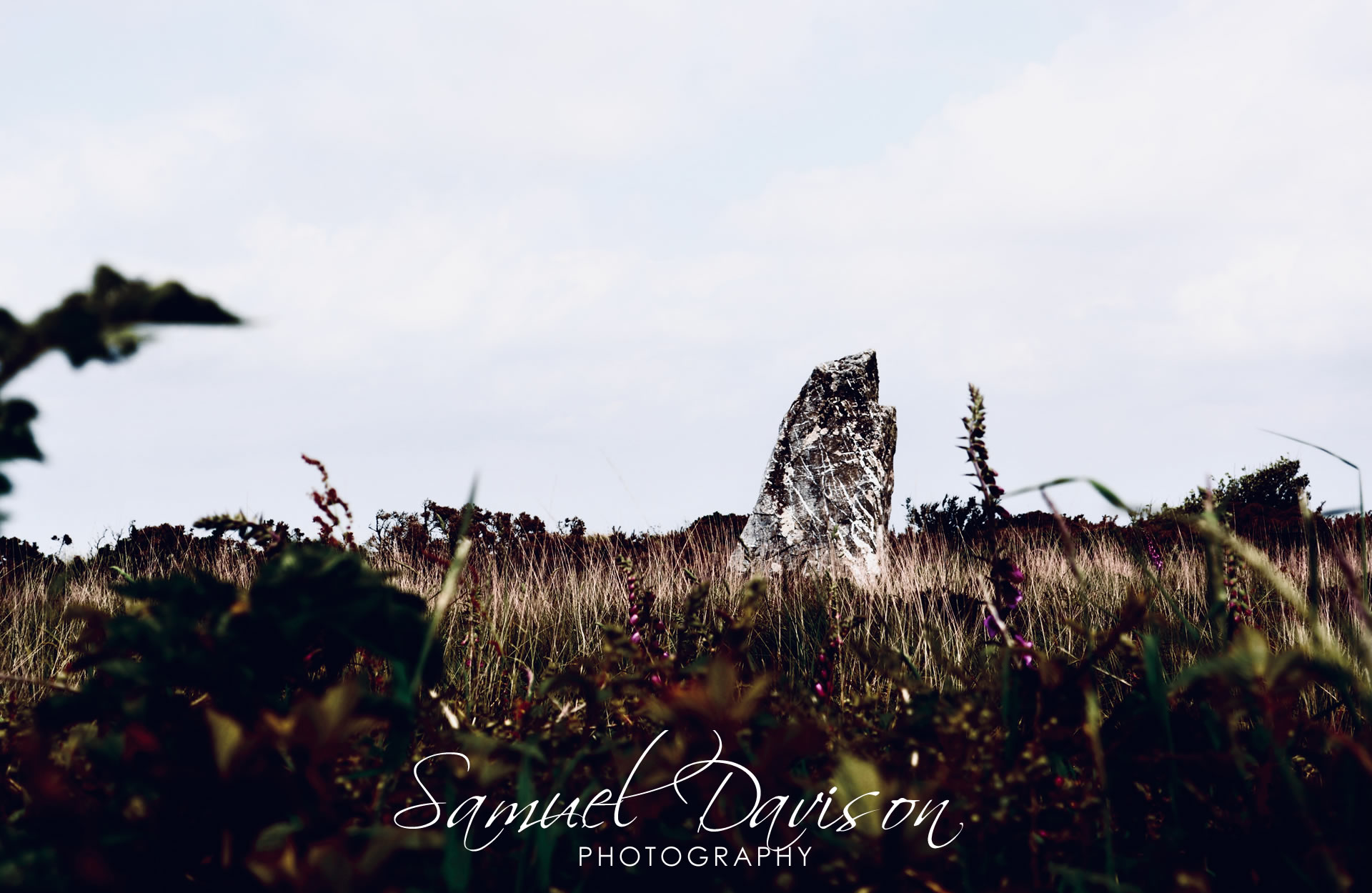 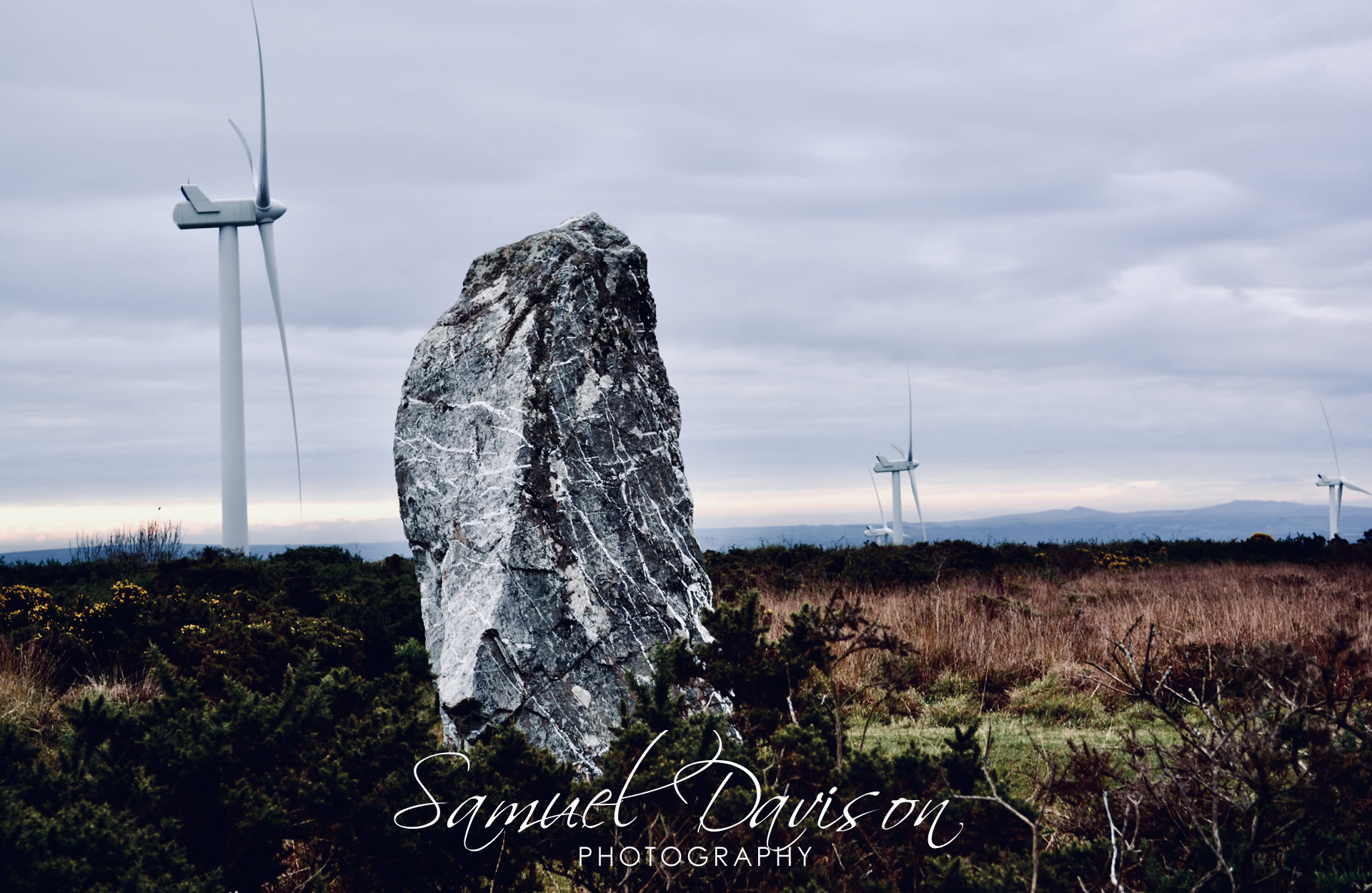 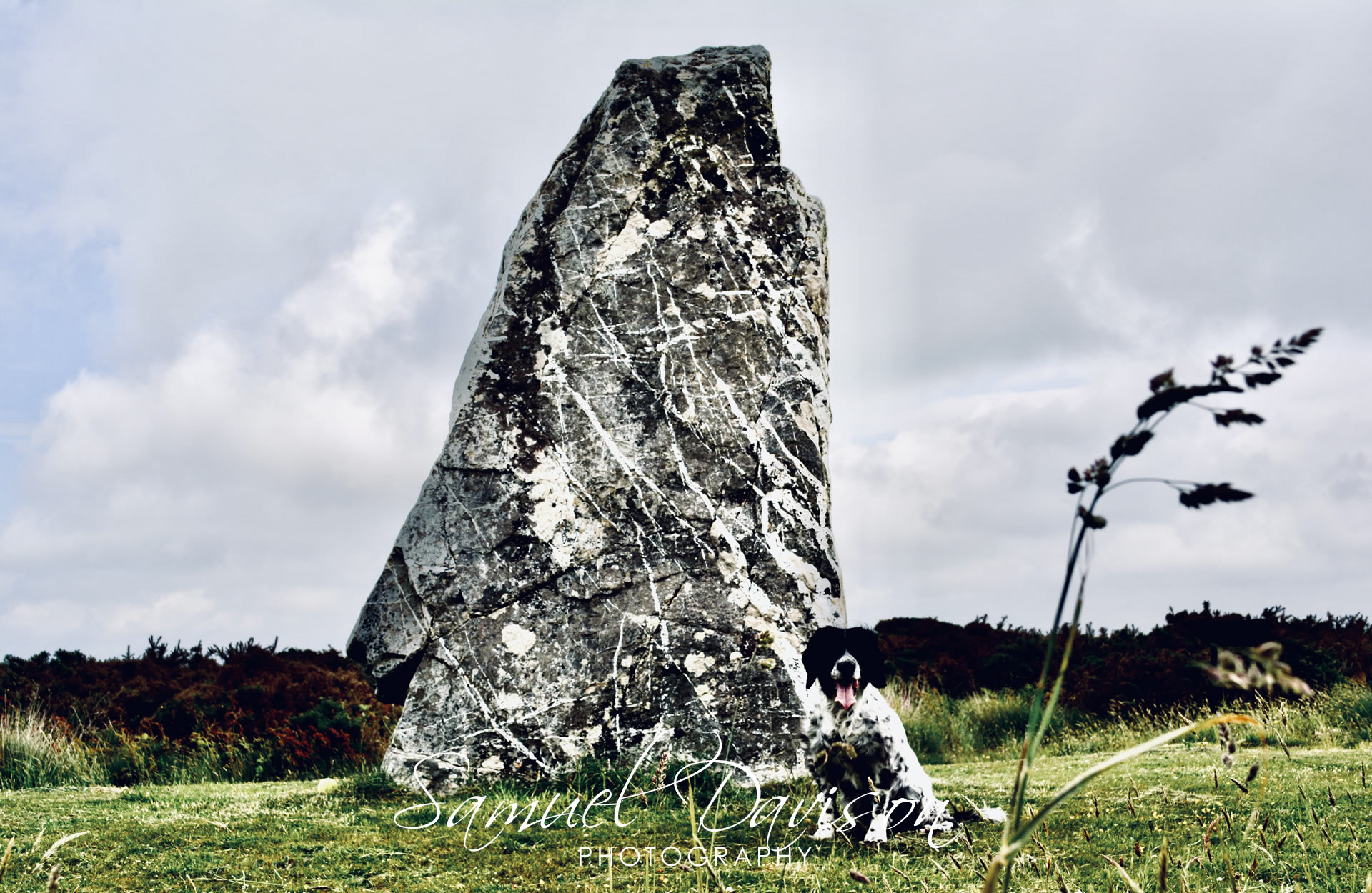 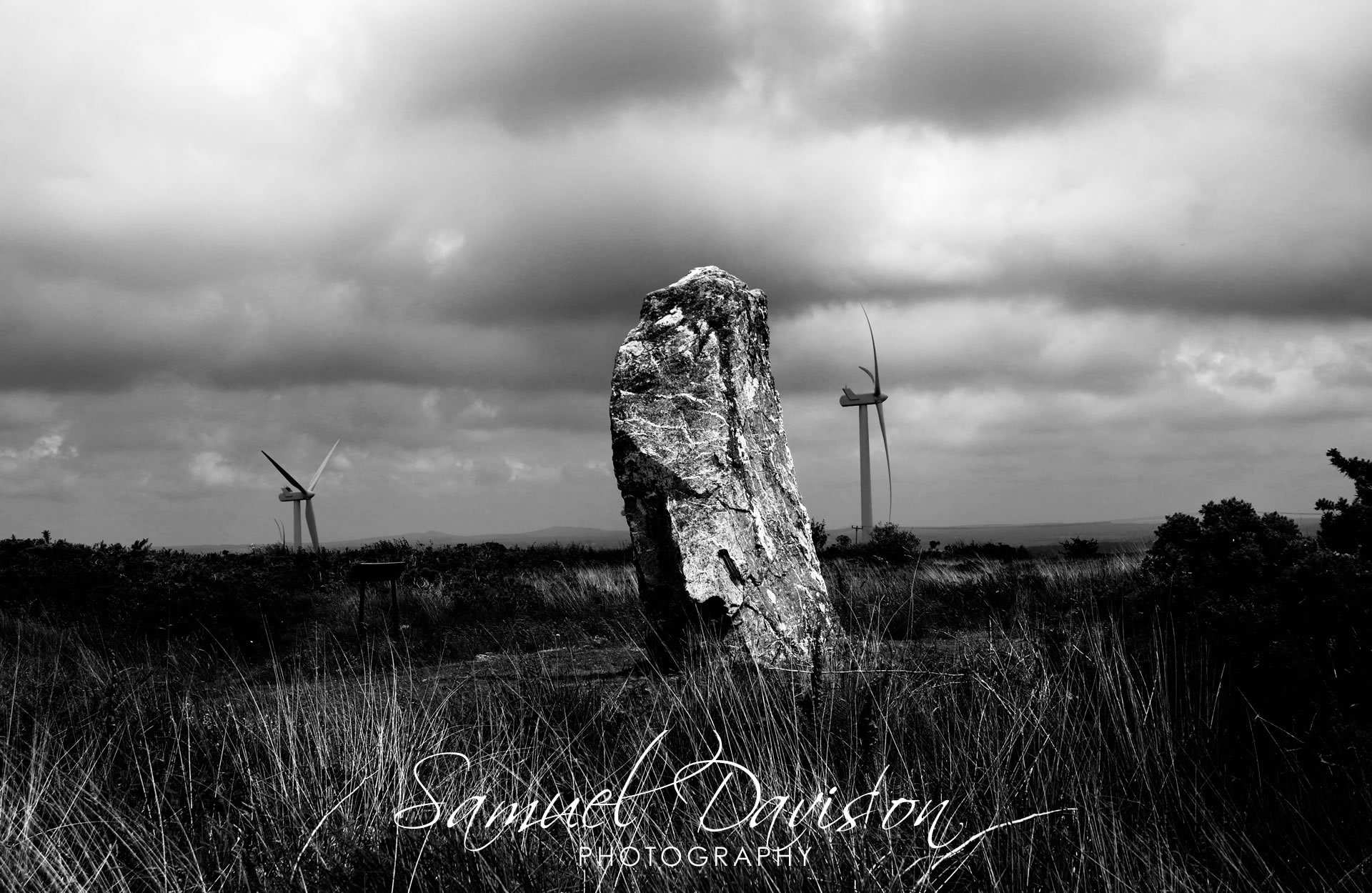 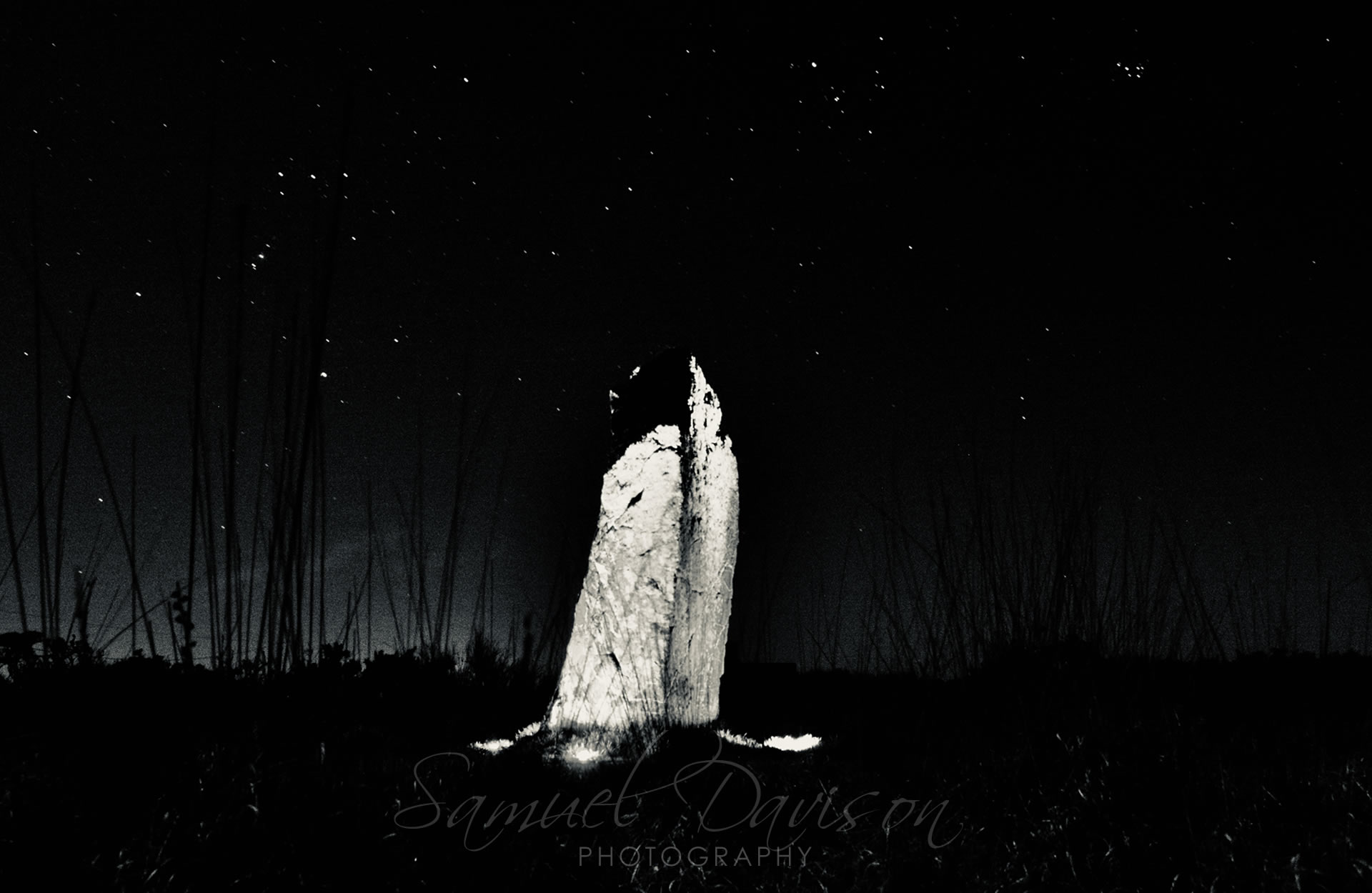 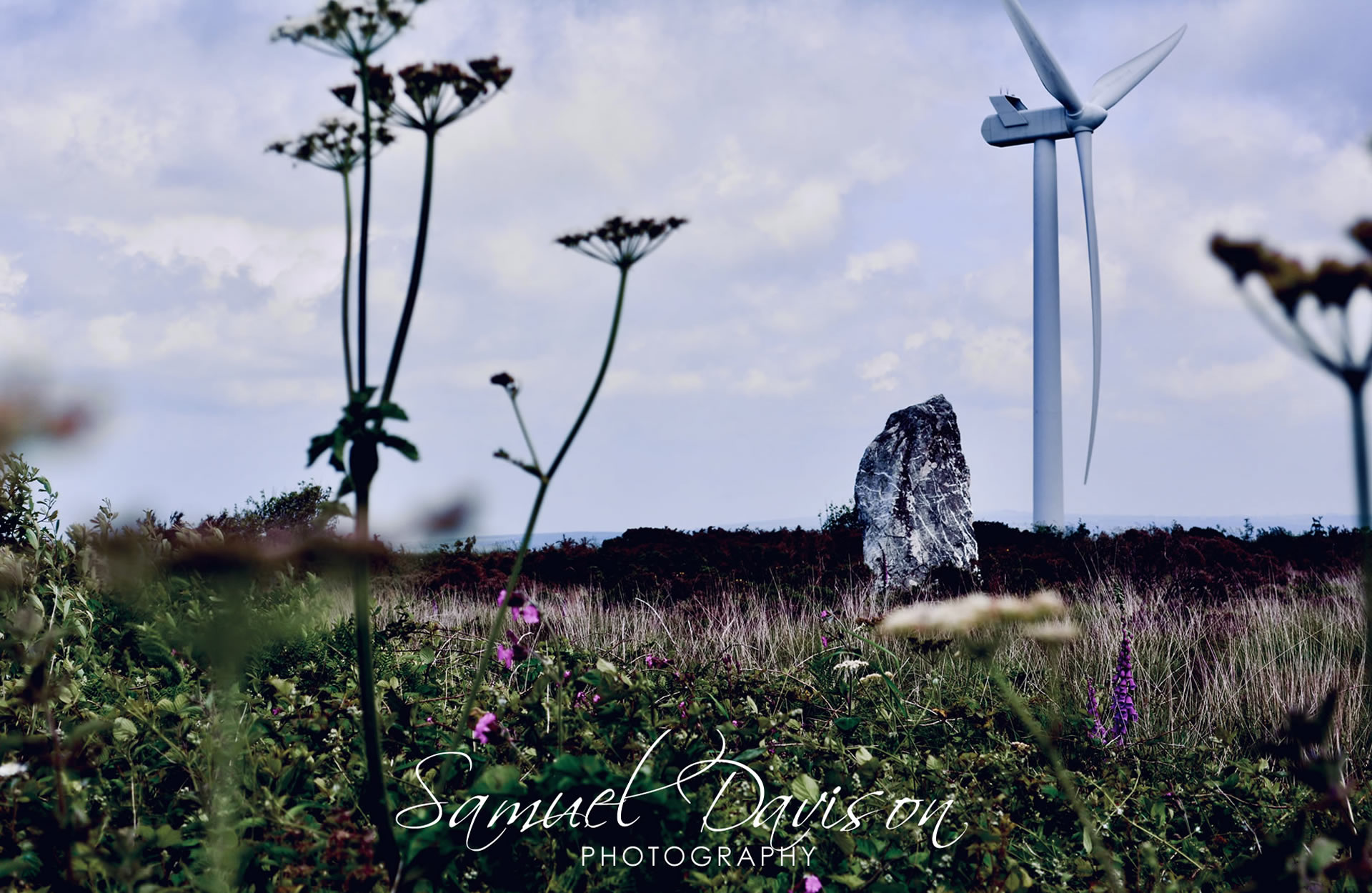 This magnificent menhir stands on a small earth mound (or cairn) just below the summit of St Breock Downs, and is the heaviest standing stone in all of Cornwall.

Men Gurta translates from Cornish as either; stone of waiting or stone of meeting.

Although now with a slight lean to the north, at the beginning of the 20th century Men Gurta was leaning severely, and eventually fell in 1945. It was re-erected eleven years later, and at that time an excavation was carried out which revealed the menhir to be stood on a circular setting (3.6 - 4.7m in diameter) of small quartz stones, and beneath them two empty shallow hollows.

*Although most commonly known as ‘Men Gurta’, it is now officially named: ‘St Breock Downs Monolith’